How easily does your body burn fat? While certain lucky individuals are blessed with naturally fast metabolisms, the vast majority aren’t so fortunate. In fact, some people struggle mightily to get their metabolism firing, with certain areas of the body more prone to gathering fat: the back, belly, thighs and arms are notable problem areas. Which is one of the reasons why thermogenic supplements are so appealing.

Thermogenic supplements contain an assortment of natural ingredients known to positively influence the metabolism, gently increase the body’s capacity to burn fat and subtly lower appetite. Key ingredients include caffeine, green tea, cayenne powder and other plant extracts, and in combination, they can make an appreciable difference to people seeking to shift stubborn fat and improve muscle tone. Needless to say, their effects are maximised when combined with a sensible diet and training programme.

What do thermogenic supplements do exactly?

“Thermogenic” sounds like the kind of term you’d come across in a nuclear physics textbook. It’s pretty easy to define, though: it just means heat-producing. If you’ve ever broken a sweat while working out, you’ll have experienced the thermogenic process first hand. As your body burns its way through calories, it warms up and in the process, you start to sweat. The rise in temperature is called thermogenesis, while the sweat – which produces a cooling effect – is known as thermoregulation.

Thermogenic supplements are designed to mimic the effects of physical exercise, subtly increasing energy expenditure and boosting your metabolic rate. Depending on the blend of ingredients, these supplements can speed up your metabolism by between 10 and 15% over several hours, helping the body burn more calories while you’re at rest.

The evidence for thermogenic supplements

A weight of scientific evidence demonstrates the effectiveness of the key ingredients used in thermogenic supplements. Caffeine has been the subject of countless studies over the years and has consistently been shown to increase thermogenesis, calorie-burn and fat loss. In one clinical study, caffeine ingestion elevated energy expenditure by 13%. While guzzling coffee throughout the day isn’t necessarily a good idea (especially if you take milk and sugar), caffeine is the cornerstone of thermogenic supplements for good reason.

Evidence for other key elements of thermogenic supplements is similarly robust. Green tea, for example, has been shown to help break down excess fat. A meta-analysis of 11 separate human trials indicated that green tea drinkers enjoyed 1.31kg average body weight loss compared to non-drinkers. Guarana seed, meanwhile, has been shown to suppress genes that contribute to fat cell production, while promoting genes that slow it down.

As for cayenne pepper, it has the twin benefit of decreasing appetite and elevating calorie-burn – especially in people who aren’t used to consuming it.

These three ingredients can be found in our cutting-edge thermogenic supplement Thermoblaze, which relies upon years of scientific research. When used in conjunction with a balanced diet and regular exercise, it can make all the difference – hence its overwhelmingly positive customer reviews.

Of course, you still have to put in the work. And if your nutrition is geared towards fat loss, it makes sense to structure your training the same way. That’s why High Intensity Interval Training (HIIT) is my recommendation. Although moderate-intensity exercise will bring results, it simply doesn’t cause the same dramatic changes to your metabolism as HIIT training does. Find a routine you can stick to with my best-selling HIIT app, which has enjoyable and effective workouts for beginners and experts. 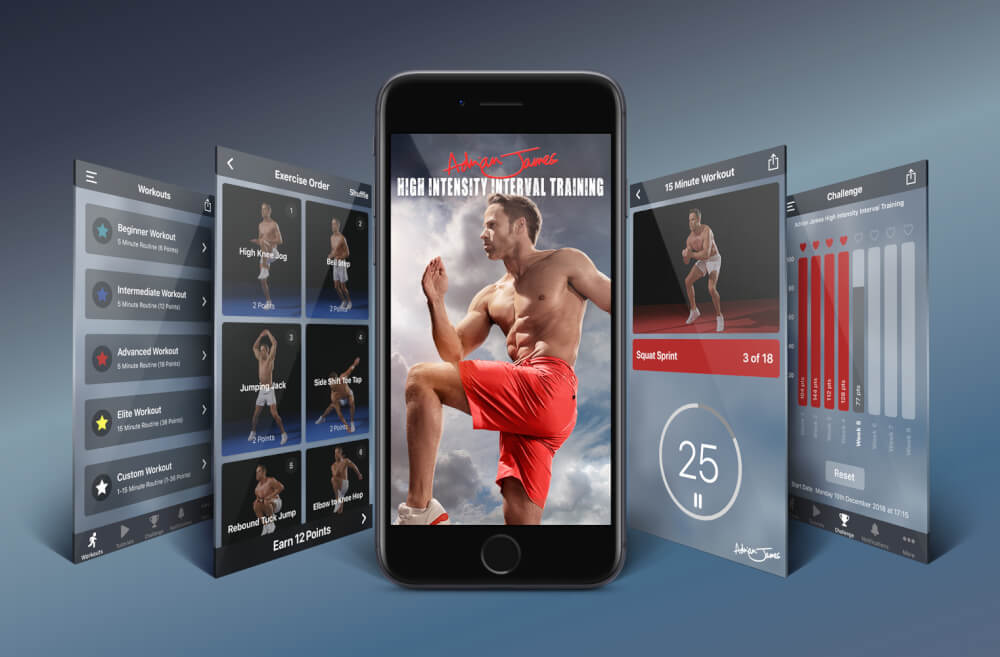 With Thermoblaze, HIIT and a protein-rich, calorie-controlled diet, you’ll kick your metabolism into a higher gear and turn your body into a fat-burning furnace. Trust me.